As children, you can let just about anything fly; toilet humor, streaking, you name it, it’s all fair game to kids. The real world eventually beats us down though and as adults, we learn to keep some things to ourselves. Most people have guilty pleasures, but some are worse than others. Sometimes you smoke? That’s gross! I suppose it’s your choice though. Do you have a foot fetish? Super weird! But everyone has their thing. Do you still think Pokemon is cool? Immature! You’re just like me though. Pocket monsters never stopped being entertaining, so I have chosen to just keep rolling with it.

Pokémon is definitely my guilty pleasure. It is a global phenomenon that made its rise while I was still in grade school. I bought a Pokédex book at a book fair and studied the original 151 monsters in that book like crazy. From there, I started collecting the cards and accumulating the handheld games, both new and old. Yes, I also put in my fair share of time into Pokémon Go on my phone when it was at its peak popularity. I never got too into the TV series, but Pokémon Silver on the Gameboy Color was one of my earliest video games and it hooked me. Apparently for life.

The adventure aspect of being a young trainer who set out to explore the world with just one little Pokémon at your side was exciting and engrossing, especially to a kid. On the virtual adventure, your partner becomes stronger and evolves into a more fierce competitor all while adding new Pokémon to your team also. Balancing your team with different types (fire, water, electric, etc.) makes for a surprisingly deep strategy element. You could choose a diverse team, use the strongest, or just be sure to incorporate your favorites. The games are what continue to keep me invested in the Pokémon world. While the games do appeal to kids with brightly colored and worlds and creatures with a young protagonist, the strategy elements deepen with every new entry in the series. Of course, nostalgia is also a driving factor. The feels wouldn’t mean much without solid gameplay and a steady stream of new content, however.

Another big aspect of the Pokémon universe is the card game. I was wild for Pokémon cards in grade school. My friends and I never actually played the card game as it was meant to be played, we just loved them for the collection aspect. Kids from earlier generations collected stamps and rocks, so I guess I shouldn’t be too ashamed of this aspect. Hey, I had a healthy collection of baseball cards too. Anyway, I still have my collection stored at the house. I have looked into the worth of some of them, but it is tough to balance out the price of memories of a simple, ridiculously fun time in life. I still buy some a couple of times a year just to relive the sensation of ripping open a new pack and seeing how lucky you were in what you drew. 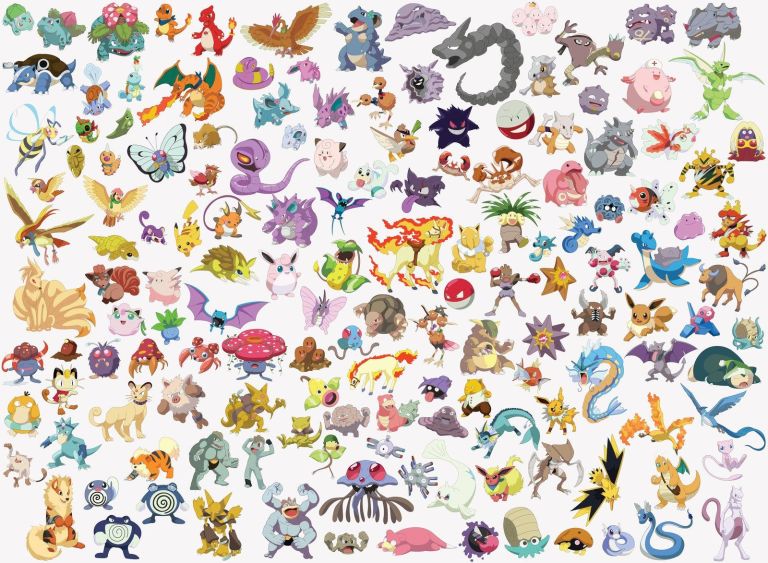 Recently, Pokémon was all the rage because it finally came to mobile devices in the form of Pokémon Go. The game originally only included those original 151 monsters that I grew up with (there are over 800 now), which appealed to older fans, which I thought was pretty cool. The game makes you move around in real life, using your phone to track down those familiar little blasts from the past, collecting them all over again.

The staying power demonstrated by Pokémon is crazy. To be this big for this long not only shows how dedicated old fans like myself are but also its ability to bring in new customers year after year. The games are a blast to play, so I don’t anticipate stopping anytime soon. I have not missed a major installment on the Gameboy Color, Game Boy Advance, Nintendo DS, or Nintendo 3DS. The series appears to have wrapped up its time on the 3DS, now looking towards the Switch. If anything can convince me to take the plunge on a new console, it’s this series. That’s a conversation with the wife for another day though. Pokémon is not going anywhere and I hope that more (formerly) closeted fans like me get to unabashedly enjoy them for years and years to come.